Breaking Up Big Tech And Its Effects On Digital Advertising

As data costs have skyrocketed, advertising has become increasingly expensive. This is especially true for digital advertising, which can be costly to produce and maintain. For businesses, this means that they need to be more careful with their ad spending in order to get the most bang for their buck. Additionally, it also means that businesses need to be more creative in how they reach their target audiences. Specifically, Apple’s ad targeting re-adjustments have made it very pricey for marketers to meet their desired audiences through social channels. ​

For emphasis, one marketing agency noticed their CPC increase significantly in June 2022 when their cost per thousand viewers was raised by +42%.​

Prices are increasing, but to what extent? 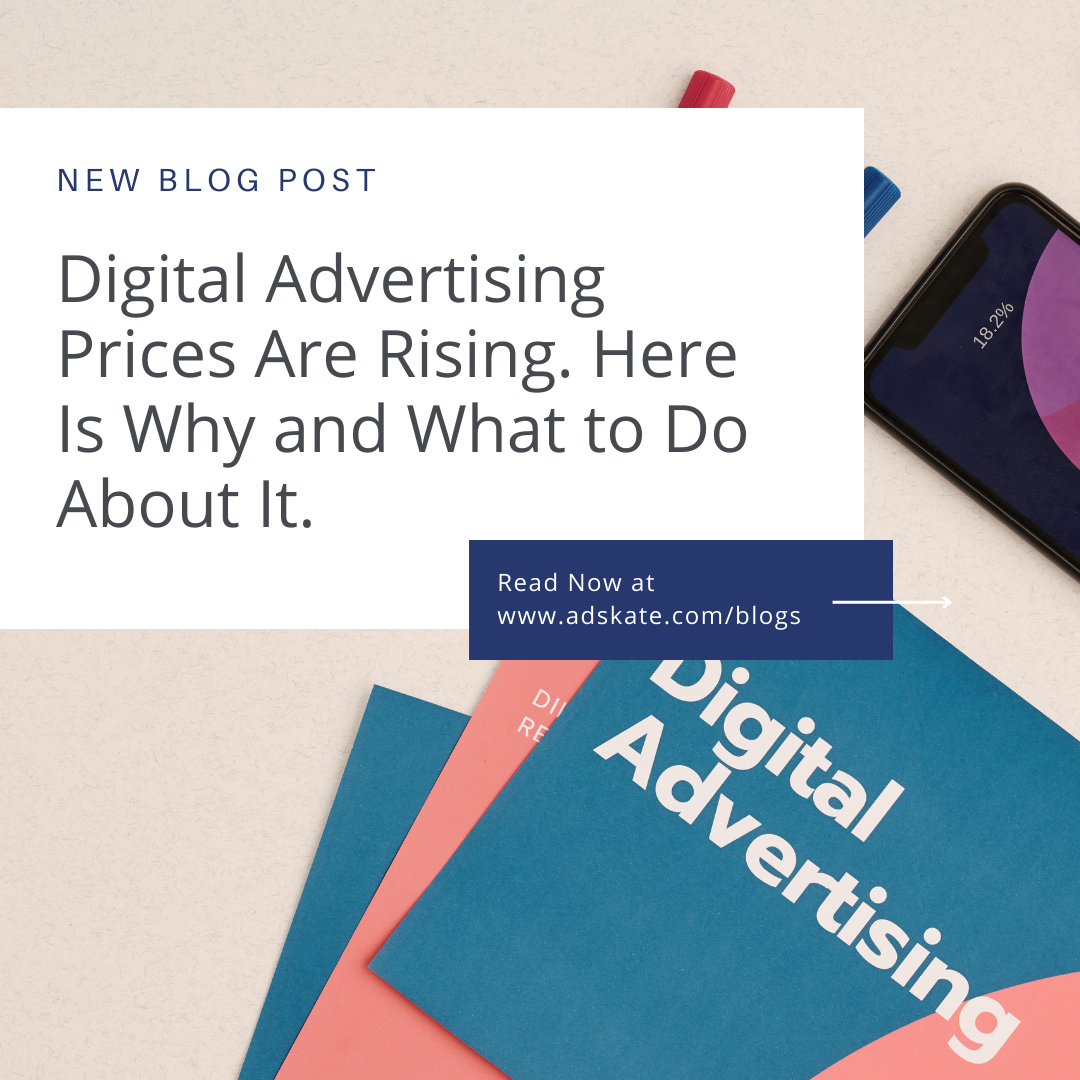 Why is this surge in pricing occurring?

Like everything else in the world that went on hold when the pandemic hit in 2020, advertisers also began to pause their marketing efforts, unsure of what the virus had in store for digital advertising. Industries that relied on personal interaction such as food services, entertainment, arts, and recreational services were found to be <80% lower in sales during the second quarter of 2020 . When the majority of the economy recovered in 2021, advertisers began to compete for ad space, hence the skyrocketing cost of digital advertising. In fact, the U.S. economy grew 5.7% in 2021, the fastest since >1984 , despite the pandemic which still very much exists.​

During a global lockdown, retailers capitalized on digital advertising as the majority of world citizens increased their screen time. In the retail trade industry, e-commerce took hold of 17% of the global retail trade share, compared to 14% in 2019.  E-commerce retailers were willing to pay higher costs as they noticed purchasing patterns increased significantly, and in turn, they received a greater return on their investments. Digital advertising revenue increased simultaneously; however, it is essential to note that marketing functions based on simple economics – if the demand increases (advertisers), then the price (cost-per-thousand/cost-per-click/cost-per-impression) increases.​

With regards to the beauty industry, following the 2008 financial crisis, this niche-specific industry was able to recover fully by 2010. However, the ongoing pandemic proves that consumers are likely willing to spend less on beauty products, and experts estimate the global beauty industry revenues could decline as much as 35% if there continue to be COVID-19 outbreaks. As a result, beauty-focused companies are forced to expand their digital marketing budgets to reach more consumers. An employee in the e-commerce department for a beauty brand has stated that digital ads are at least 50% more costly than they were in January of 2021 (based on CPC or impression basis).​

An integral component of digital advertising is advertisers’ ability to target a specific audience has also been greatly affected in addition to the increase in ad costs, and this is primarily due to Apple’s recent iOS updates prioritizing data privacy.

Traditional advertising channels are becoming less effective as consumers become savvier and better able to identify and avoid ads. As a result, businesses need to explore new ways to reach their target audiences through data-driven marketing and advertising strategies. ​​

Big Tech companies have also made it difficult for advertisers to effectively target specific audience groups due to policy violations for which they are being scrutinized. In July 2019, the US government fined Google a record $170 million for violating children’s privacy laws. And in September 2019, the UK fined Facebook £500,000 for failing to protect users’ data.​

These fines are a drop in the bucket for these companies, but they signal a change in attitude from regulators. As data becomes ever more valuable, we can expect to see more scrutiny of how it is used and collected. This will likely lead to increased costs for companies that rely on data, as they will need to invest in compliance and data protection. In the long run, this could mean increased digital marketing costs for advertisers to reach what they believe, are potential consumers.

What are some strategies for businesses in the digital ad space to lower their marketing costs?

Advertisers suggest that businesses begin to focus more on content production, besides CPM or CPC campaigns, more so than in previous years. Producing creatives for a business’ product or service can help reduce marketing costs and increase inbound leads. Content costs are not measured by clicks or impressions, but rather by quantity. Companies can choose how much they are willing to spend on content, typically ranging from a few hundred dollars a month to several thousand per month. Content creation also serves multiple purposes such as increasing branding, expanding audiences, supporting the purchase process, can be search engine optimized (SEO), and engaging consumers.  Businesses should consider optimizing dynamic content so that they can make minor adjustments to their content and have it delivered to more specific, targeted audiences​

Companies will often constantly change their content monthly or even weekly without the necessary means. It is essential that companies take a closer look at their previous campaign analytics to thoroughly understand what aspects of their campaign performed well and which did not. Perhaps a company needs to realign its target audience with creatives used from another campaign and vice versa. This could be done simply through A/B testing or repurposing and re-tweaking of existing content. ​

To further demonstrate, a company that repurposed its older content successfully was Videofruit. In the pursuit to launch a new product, Videofruit compiled data from their most popular posts and used the needs and interests of their consumers to develop a product that they predicted would be a success once it the market. Within 24 hours of the launch, the company made $10,000.​

Due to this inflation of pricing in the ad tech ecosystem, those who are noticing a decline in their ROI (return on investment) have been leaning more towards advertising on other platforms, mainly being OTT channels (Over-the-top: a media service provided directly to viewers via the Internet). This is showcased through OTT ad spend which increased significantly by 70% in 2020.

That’s what we’re here for.

AdSkate is an AI solution providing you with relevant contextual data for PPC and Programmatic Buying campaigns. With our platform, you can spend less, get more conversions and instantly improve your campaign performance. Whether you are running a PPC (Pay-Per-Click) campaign, display ads campaign, YouTube ads campaign, OTT campaign, or programmatic buying campaign, AdSkate will help you get a better ROAS.

By executing PPC and Programmatic Buying campaigns using AdSkate, companies will be able to:​

Want to improve your campaign performance at a more affordable cost? Contact us today! ​

Breaking Up Big Tech And Its Effects On Digital Advertising
Audience Based Targeting Vs Contextual Targeting: Which Is Better?

AdSkate is a technology firm focused on developing innovative solutions and services for the advertising world.